Free to be me is just what you see

Mercy Hardaway and Holden Mason are hungry and have to make a decision: What and where to eat. Got any suggestions? Mercy is undecided but Holden wants to check out the new seafood restaurant. He heard that they serve some of the largest 🍤 in town. Let’s see if he can convince his lady to be adventurous and try something new. 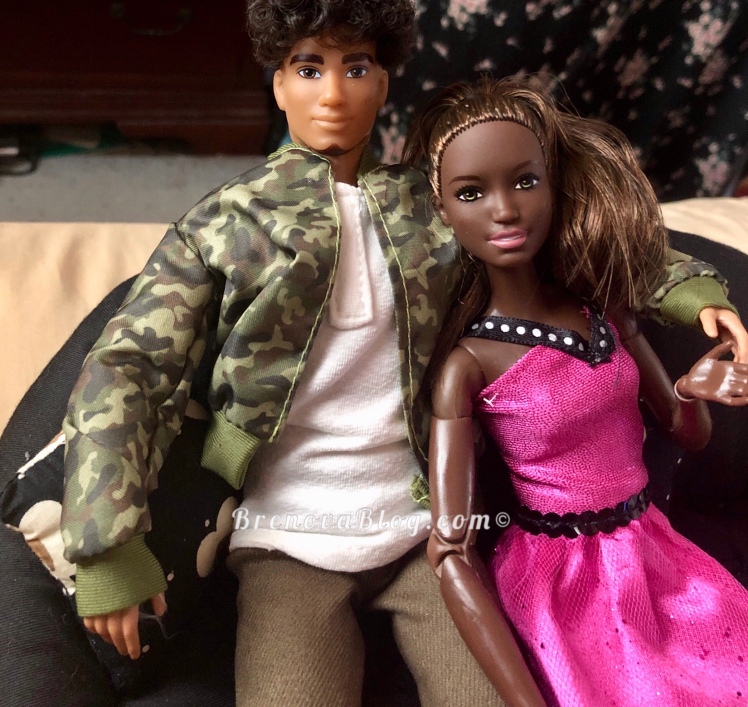 Okay Babe; I’ll show you that I’m adventurous. We can go to your new place tonight, but I’ll pick our next adventure. (Mercy)

I’m cool with that Beautiful, as long as we don’t go to some overly girly place.(Holden)

Awwww, and I was gonna schedule a Brazilian Wax for us. (Mercy) *laughing*

Yeah right; I got your wax for you. (Holden) *laughing*

Let’s call Porter and Marni to go with us. (Mercy)

Cool. I heard them say that they wanted to try the joint out too. I’ll text Porter and invite them to join us. (Holden) 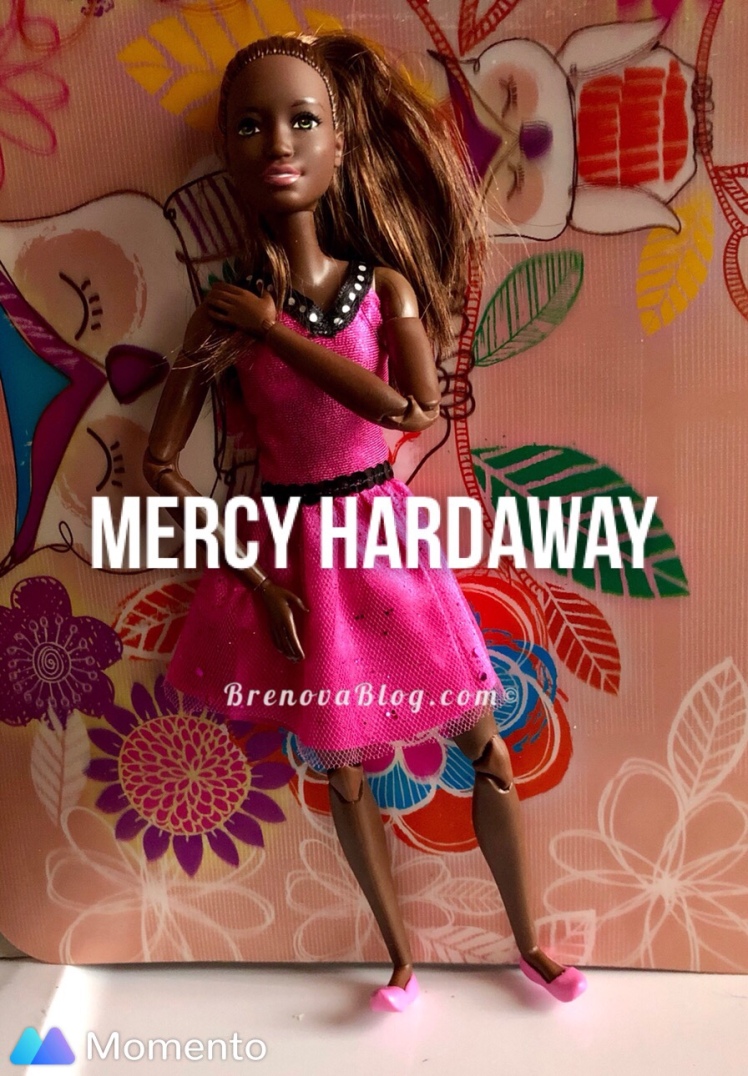 Finally, Holden and Mercy were able to break away to get something to eat. They are joined by Holden’s older brother Porter Mason and his fiancé Marni.
As suggested, they decided to go to the new seafood restaurant, “A B C” Seafood short for “A Big Catch.”

Before their dinner arrives, Holden has made a statement about marriage that makes everyone else at the table pause. Mercy turns toward him and rests her head on her arm, as she waits for him to finagle himself out of his mess. Marni clasps her hands together in front of her, while Porter rubs his head in disbelief. Everyone is just waiting to hear where he’s going with his words. Realizing that he’s put his foot in his mouth, Holden gracefully backs out of his statement and profusely starts to explain and apologize about his debacle. With his earnestly recanted words neatly cleared up, everyone’s attention moves back to anticipation of their meal. Whew!! 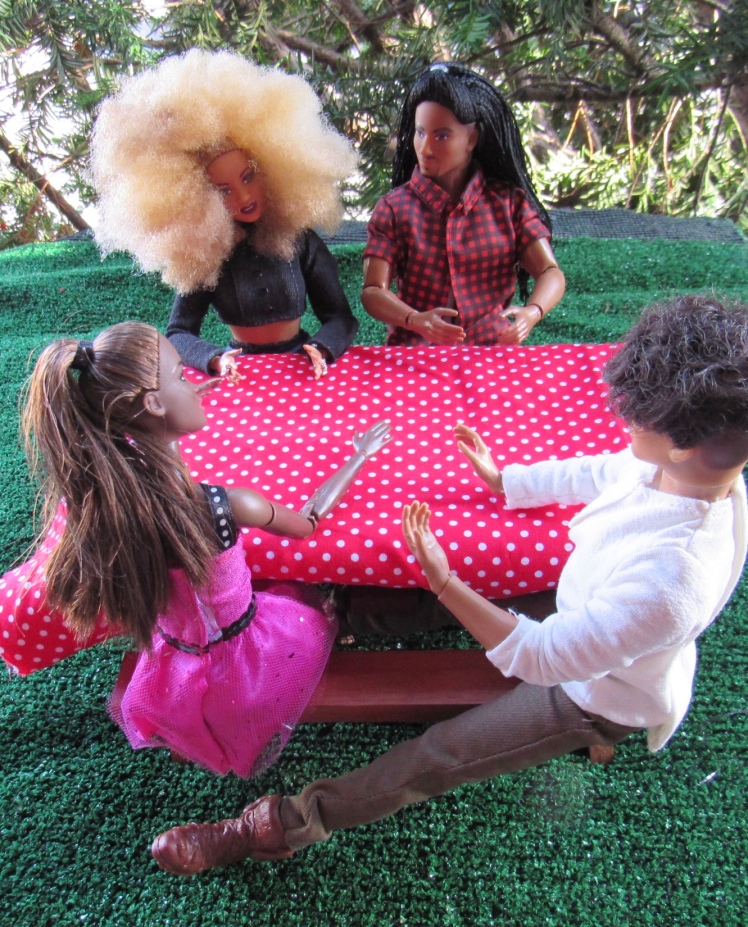 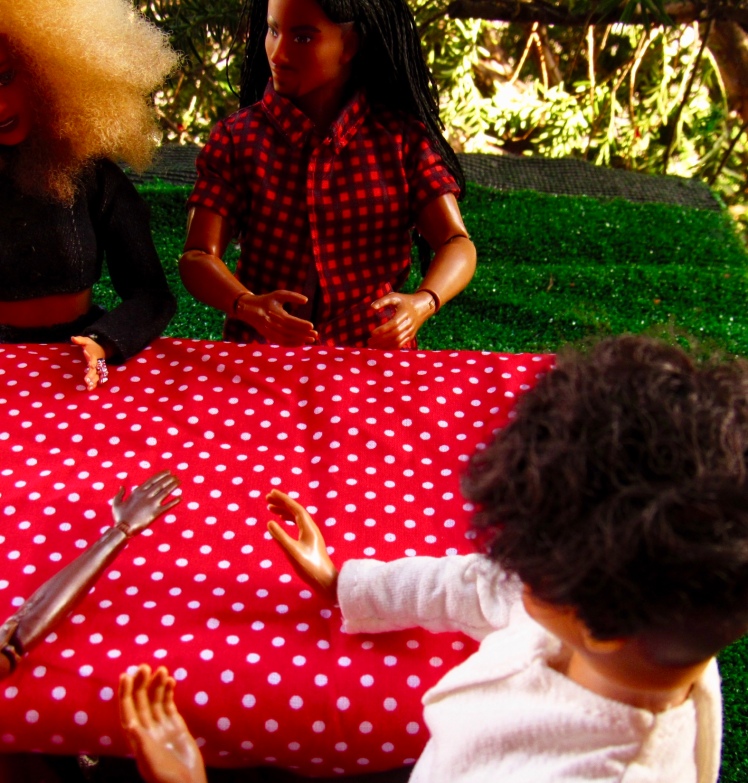 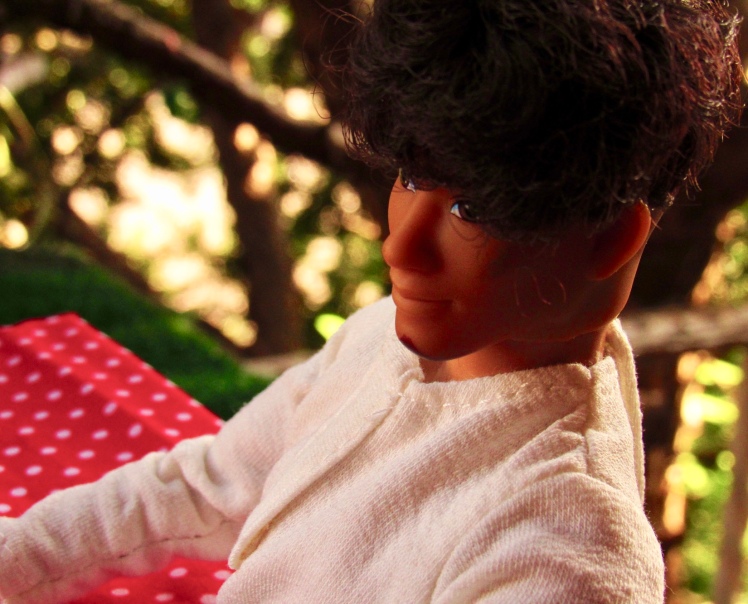 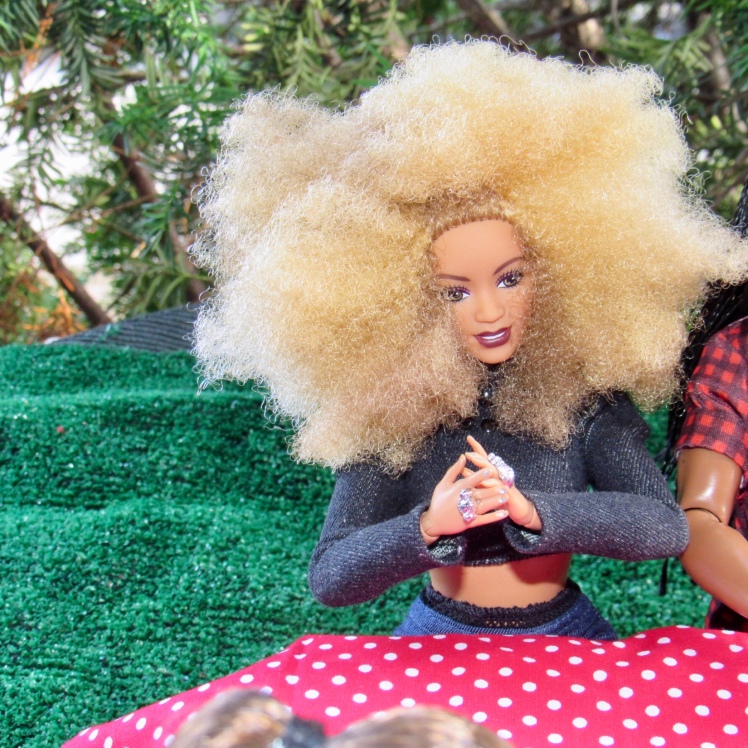 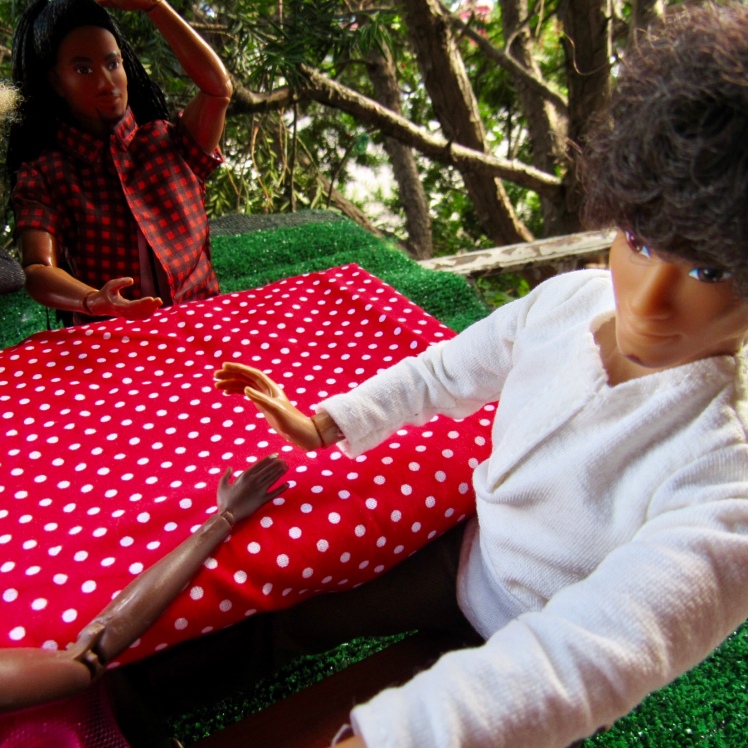 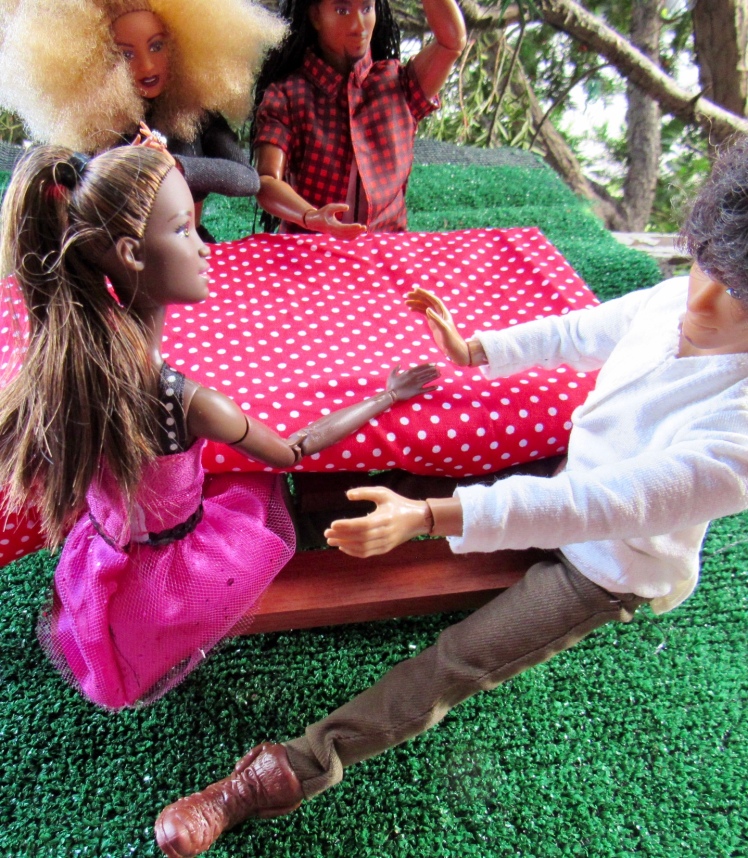 With the drama averted and everyone back to themselves, they’re happy to see their server approaching with the dinner.The couples were pleasantly surprised when their food arrived to the table. After hearing so much about it, they each had ordered the house specialty.

The house specialty consists of some of the worlds largest shrimps, prepared in a proprietary white wine, butter and garlic reduction along with large, flavor infused broccoli tops with carrot and potato.

The selection is all the rave around Brenova Town. The couples were happy to dig in and rate the food for themselves. Once they’d tasted it, they, too, were addicted. 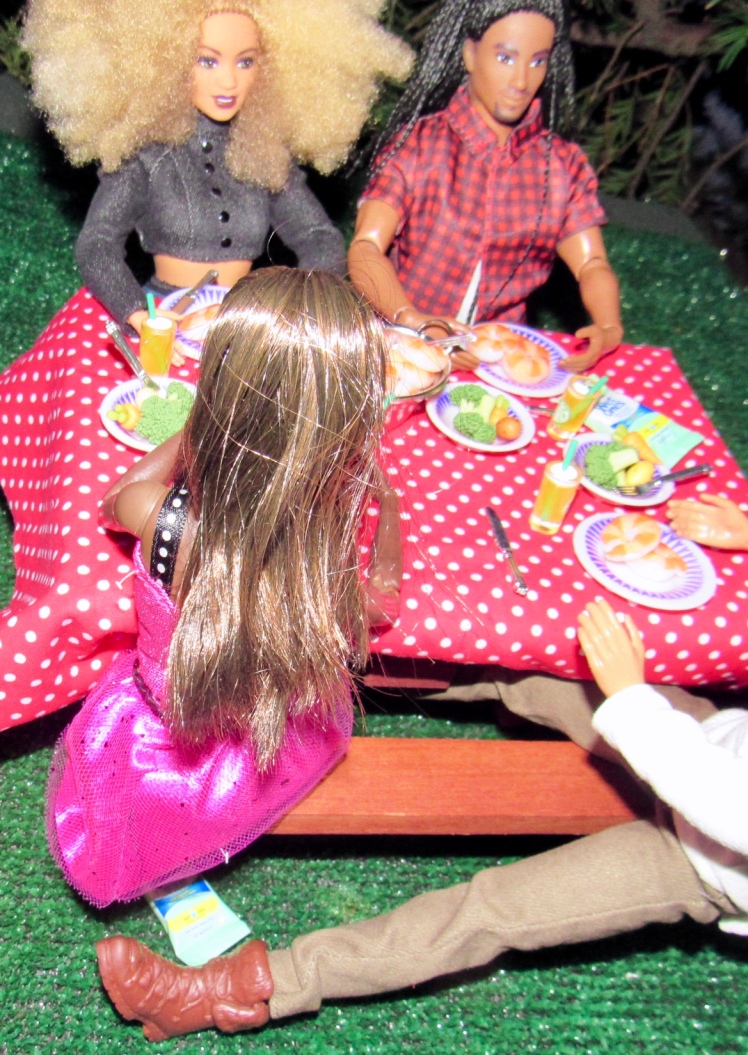 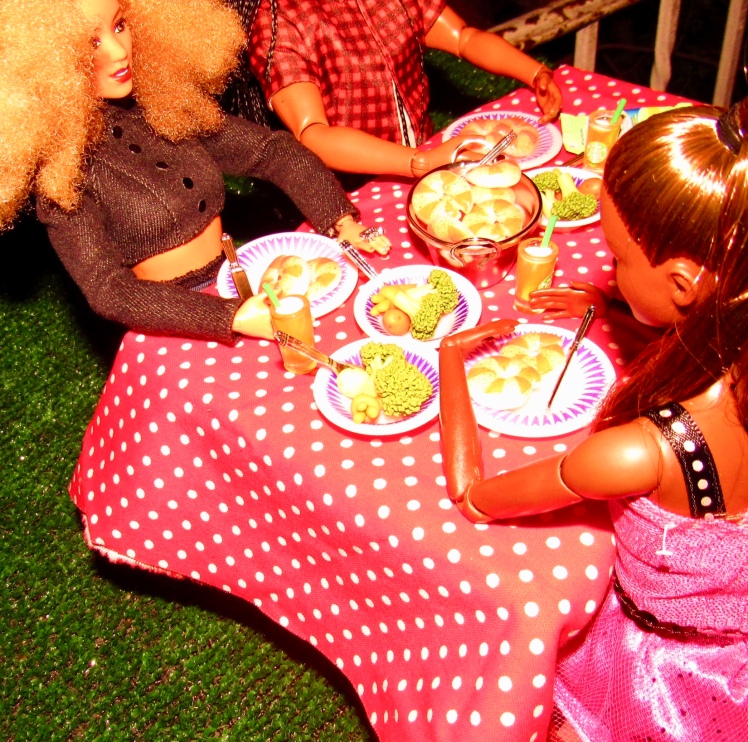 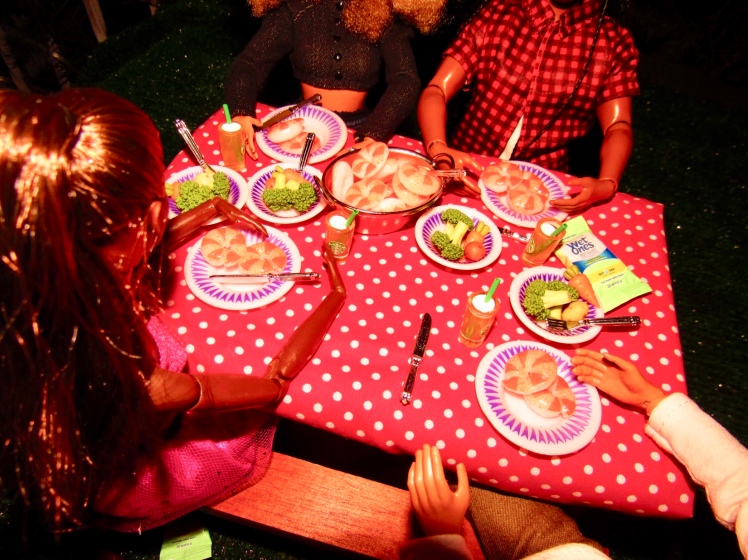 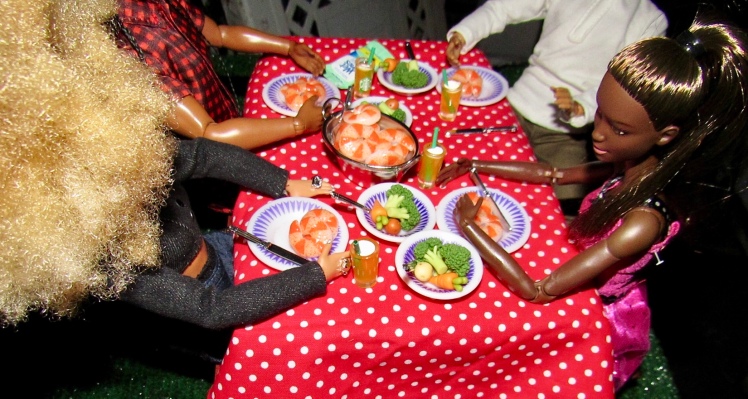 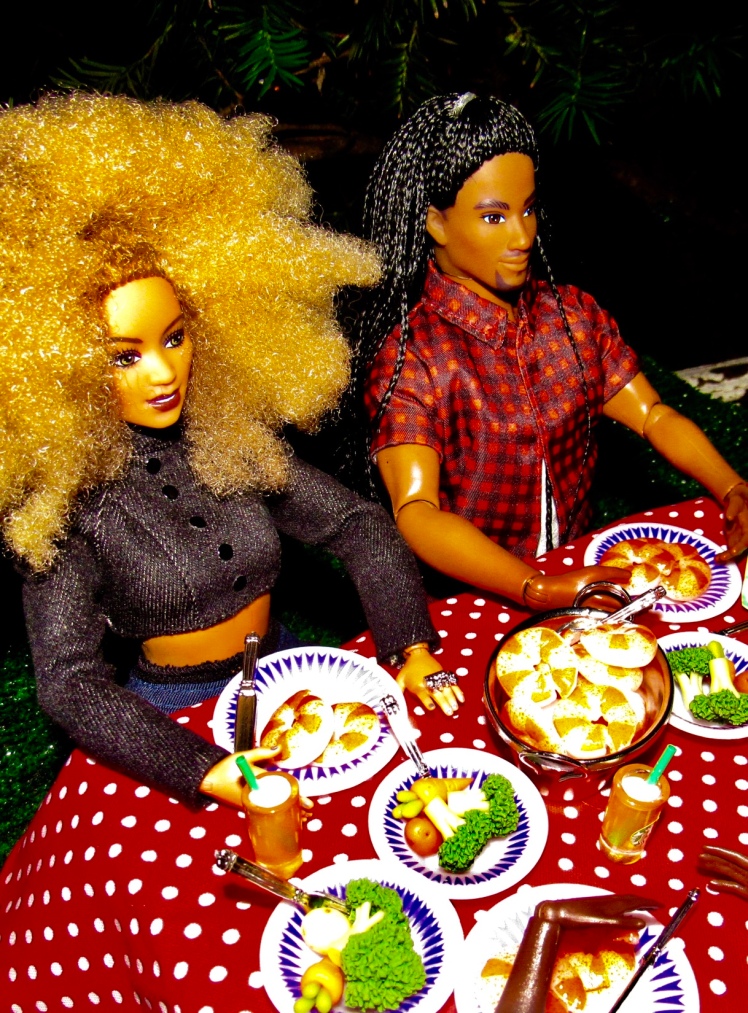 The rest of the evening progressed well; the couples split and went their separate ways. Stay tuned to follow each couple throughout their life’s adventures.

2 thoughts on “A Big Catch”

Free to be me is just what you see

DIY Miniatures For Every Mini Maker

A Plus Size Fashion Blog

FashionistaOver40
Barbie Doll, friends and family history and news. From 1959 to the present ...

Reviews and News From the Doll World

Welcome to my blog

About this and the other worlds

The latest news on WordPress.com and the WordPress community.

The World of my BJD's

Everyday Life... here in these parts

"For I know the plans I have for you declares the Lord, plans to prosper you and not to harm you, plans to give you a hope and a future." Jeremiah 29:11

Don't ever change yourself to impress someone, cause they should be impressed that you don't change to please others -- When you are going through something hard and wonder where God is, always remember that the teacher is always quiet during a test --- Unknown

Doctor Who Characters in Doll Form

Being glamorous a must, not an option!